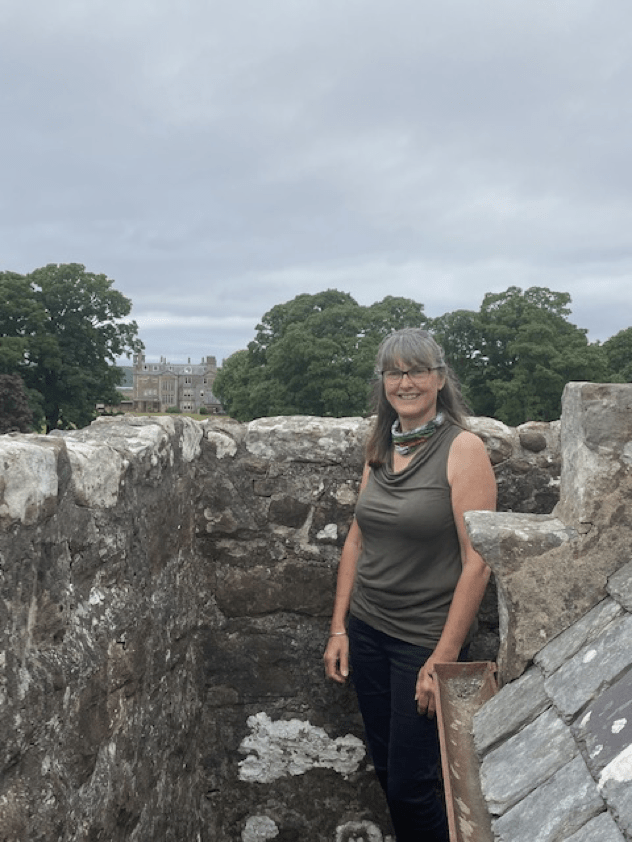 Like any local heritage centre, Hunterston Castle relies for the most part on local inhabitants to help with the running of the Castle. We are so lucky to have two tour guides, of which Janet Martin is one, who are ready and willing to show our visitors the Pele Tower, ancestral home of the Clan Hunter for over 900 years. Always interested in local history and culture, Janet has, over the years, amassed an extraordinary collection of historical facts, anecdotes and traditions of her surrounding area – Ayrshire. Having worked for the local Ayrshire authority as a Cultural Coordinator for thirteen years, she is now owner & manager of THAT.Co & Class Cocktails. THAT.Co is a small company that organises tours that offer the tourist a more engaging experience with history. Making history tangible, tasty and vivid, the past comes to life under Janet’s guidance. Book your tour at Hunterston Castle with Janet and she will make your visit unforgettable!

Here is her story 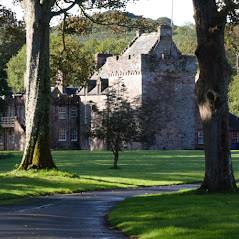 Hunterston Castle from the drive

Back in 1988 I was assisting  with a map reading and navigating exercise for a Duke of Edinburgh’s Award Group.  An orienteering course had been set up on the Hunterston Estate, as part of this training.  I came across Hunterston Castle then and I wondered at the past inhabitants of this ancient building.  Little did I know that many years on I would be showing visitors around this Pele Tower and sharing the fascinating and ancient history of the Hunter clan. 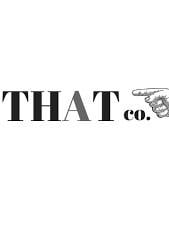 THAT.Co is an abbreviation of Tasting History Ayrshire Tours.  After a trip to Oregon in the United States to attend the Gorse Blossom Festival, I witnessed how costumed characters brought the history of a place to life.  Characters told stories, engaged visitors, added interest and enriched the connections between people and places.

The story behind Bandon in Oregon and its quest to rid the area of an invasive and destructive shrub: gorse, was told at an annual festival, which offered local food, drink, music and characters to impart information in an enjoyable and informative way.

On the flight back home, I imagined how a similar concept could enhance the experience for visitors to Ayrshire, Scotland.  My past employment for the local authority as a Cultural Coordinator meant that I had good knowledge of venues and historical characters in the area.

I felt that some characters from our past deserved greater acknowledgment and I offered an understanding of how our towns and villages came to be.   Over time , industries and areas have altered and have a change of use, but the atmosphere evoked through buildings, artifacts and stories leave an impression which gives us ‘a feel’ for a place.  We can often have a ‘sense’ of a place.  It’s the sense that has us wanting to return, or bring back family & friends so that they may experience the same.  Hunterston Castle is such a place.

Conversely, we may experience an emotional response to a place which makes us never want to return. 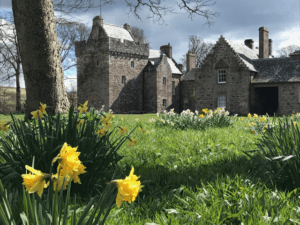 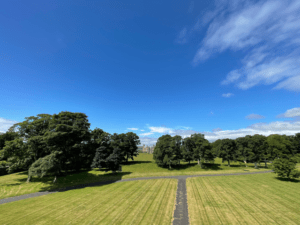 THAT.Co has the goal of doing just that.  We aim to offer a sense of place, by telling the stories of significant historical characters, offering a flavour of the past, and also providing or suggesting local produced food and drink.  In this way we really hope to offer a true taste of a place.

A THAT.Co tour offers an enjoyable, insightful experience and ensures that guests are neither hungry or thirsty.

At present we are cautiously offering tours for small social groups, as we emerge from COVID 19 restrictions, and are happy to receive requests from family and small group visits to Ayrshire.  It’s essential to contact us to plan and book your experience in advance, so that you will have the very best possible tour.

Janet shares Hunterston Castle with you

Initially Hunterston Castle was surrounded by salt marsh which impeded access and slowed the advance of possible attackers. Before trees were introduced to the landscape there would have been uninterrupted views out to the coast. This allowed Clan members the advantage of early warning of enemy attack by sea.

Back in the early 1200’s there was a strong Viking presence offshore, as King Hakon had set up camp on the Isle of Arran and he also had a stronghold on Great Cumbrae.  This threat of attack continued for many years culminating in the battle of Largs in 1263.  The site is marked by the pencil monument at Largs Marina.

The view from the top of the castle offers 360 degree views.  Recent visitors to the castle have been enjoying fantastic weather and a clear sight of Hunterston Estate and its surrounds. The aerial view offers a visual treat of the seasonal changing landscape. 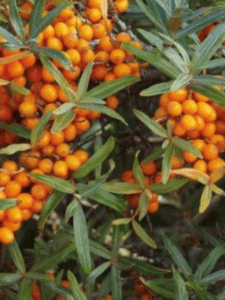 The view on the opposite side of the coast, looks inland, towards Goldenberry Hill.

I’m not sure how this area got its name, but I have a theory.  Hunterston has many wild Sea Buckthorn bushes growing along its coast. The soil and climate provide ideal conditions for its growth.  Local foragers risk the scratches of thorns to harvest the reward.  This prickly plant is similar to the holly, in that it has both male and female plants.  The female shrub bears fruit in the form of yellow/orange berries which grow in abundance along the thorny stems.  The juice of the berries has acrid and an almost indelible yellow juice.  It is however made palatable by sweetening and makes delicious liqueur which can be likened to a bitter orange or triple sec.  The juice of the berries in their natural state have an extraordinarily high vitamin C content and its health-promoting and medicinal properties have been long known.  As an addition to food and drinks, it greatly increases the nutritional value. 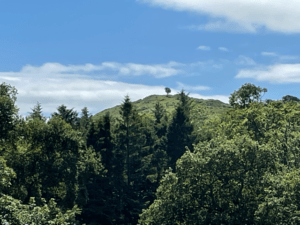 I imagine that if the Sea Buckthorn was present and growing on the hill which can be viewed from the castle roof that a low winter sun may have reflected the golden glow of the Sea Buckthorn.  It’s just a theory but may be the origin of its name ‘Goldenberry Hill’.

If you are planning a trip to Hunterston, please book your visit and a tour via Clan Hunter’s Official website: https://www.clanhunterscotland.com/book-a-visit/

I look forward to meeting you!

Do you have a Hunter story to tell and would like to share this on our website? We’d be delighted to spread your word! Please get in touch at: ljhunterweston@gmail.com