Daughters of the American Revolution (DAR) and the Hunter connection 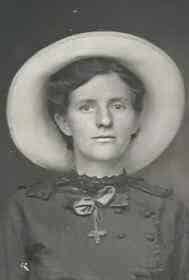 Founded in 1890, The Daughters of the American Revolution (DAR) is an organisation dedicated to the promotion of patriotism and the preservation of history through education for future generations. To become a member, one must first prove one’s lineage from a descendant of a patriot of the American Revolution. DAR women devote many hours to raising money for students and underprivileged educational institutions.

Darlene Varney, a Clan Hunter member, is one of these extraordinary women and we are proud to have her share the story of her challenging quest to belong to this organisation. Due to her perseverance, she has firmly established that she is a proud descendant of Titus Hunter, a patriot in the American Revolution.

“Thank you for asking me to tell the story of how Titus Hunter became a recognized patriot of the Revolutionary War by the Daughters of the American Revolution (DAR).

In their own words:

“The Daughters of the American Revolution is an organization with a deeply rich history while also being truly relevant in today’s world. More than 1,000,000 women have joined the organization since it was founded over 125 years ago. They became members to honor their heritage as well as make a difference in their communities across the country and the world.”

My personal interest in genealogy started around 1957.  When as a small girl I would rummage through my great grandmother’s cedar chest. Mary Pearle Gray was born 31 January 1879 in Henduston, Monroe County, Indiana, USA and died 11 October 1963, Wewoka, Seminole County, Oklahoma, USA.

It was magical to explore the papers and keepsakes that she had collected in her lifetime.  I was fascinated by the wire rimmed eyeglasses and false teeth that she had saved from family members that had passed away many years before I was born.  I also loved to look at the pictures in the family Bible.

My father (Roy Henry Drake Sr. born 14 July 1924 in Seminole County, Oklahoma, died 11 February 2008 in Oklahoma City, Oklahoma County, Oklahoma, USA) also loved genealogy and when I became an adult we visited many graveyards and old homesteads to trace our family history.  When Mary Pearle Gray died, my father’s siblings were not that interested in her family collection.  Many of the pictures and documents went to my father including the family Bible.

In the 1970’s I married and had three little girls but I always found time to pursue my  genealogy interest.  In those days it meant ordering microfilm and spending hours at the library.  I also made several trips to Monroe County Indiana to visit the historical society and even a 93-year-old relative.  This kind man let me make copies of his pictures and documents and told me many great family stories.

The Monroe County Historical Society had extensive documents of the Sullivan family.  In one 43-page family history I read about Titus Hunter for the first time.  Titus was born in 1756 in Louisa County, Virgina, USA and died in 1814 in Green County, Kentucky, USA. In the 43-page family history there is an extensive story of his escapades in the Revolutionary War.  In one such escapade,  several guards had disappeared from their post and were never found. Titus volunteered to take the watch that evening and said he was going to shoot anything that moved.  In the process he killed a pig that was foraging near him.  As it turned out, that pig was the enemy inside of a pig carcass who had been killing the guards and carrying them away.  This story is written in a children’s schoolbook which I have been lucky enough to find and buy.

Titus Hunter was the father of Sarah Ann Hunter (born 1794 in Virginia, died 12 August 1847 in Bloomington, Monroe County, Indiana, USA).  Sarah married James Spencer Sullivan 13 May 1819, in Greeensburg, Green County, Kentucky, USA.  This union was the beginning of the Hunters in my line.

In 2017 I posted a story on my Facebook page about another patriot in my line, Robert Gray.  I also mentioned that I had found several lines that went back to the Revolutionary War period.  After reading that, a friend of mine, Joan Shim, contacted me and asked if I had ever considered applying for membership to the DAR.  She then introduced me to the registrar from her chapter.  We began the process of finding primary documents of birth, marriage, death, lineage and location for each generation between myself and the chosen patriot. After trying for several months to get all the necessary documents together for Robert Gray I became discouraged and put my application aside.

In October of 2020 my husband and I took a second trip to Monroe County Indiana and found obscure family cemeteries and even more documents.  I was encouraged about completing my DAR application, so I called my local DAR chapter and restarted the process.  I was put in touch with my local registrar, Margaret Sopp, who turned out to be a godsend.  She was patient and diligent and nationally recognized as a genealogist.  We messaged each other several times a day and spent many long hours, over several months, doing online research. Even with Margaret’s expert help, I tried a total of six possible patriots before we were finally able to find all the documents required.  We just kept coming up one short of what was needed. The ideal way to proceed is to find a patriot that has already been approved by the DAR because then it isn’t necessary to prove his military record in addition to all the other requirements. Using Titus Hunter as the patriot for DAR membership was not my first choice because he had never been proven a patriot.

Just as I was about to give up, Margaret called in another DAR member to help us out. Her name was Sandi Gibertini.  She was able to find the documents to prove that Titus Hunter was a patriot.  Margaret contacted me and asked if I had any family documents for the Sullivan Hunter line.  Suddenly, all those documents that I had been collecting for so many years saved the day.  I was able to email them marriage certificates, land deeds, wills, and everything else that we needed, including pages from the family Bible.  Just as we were seeing the light at the end of the tunnel, Margaret said that we must also prove that the Titus Hunter who fought under Captain Turner in Virginia was the same Titus Hunter who died in Green County Kentucky.

The final piece of the puzzle

That task seemed impossible, but I decided to look through all of my notebooks on the Sullivan and Hunter families to see if I could find anything.  What I found was one loose paper in the bottom of a bin that had never been filed.  I did not think it would ever be of any significance.  The paper was a write-up on Titus’s grandson, Titus Hunter I, who lived in Iowa.  The article mentioned that Titus Hunter I, had a grandfather who was born in Virginia and died in Kentucky.  That was the last piece of the puzzle.

Pages from the family Bible

Margaret submitted my application on March 15, 2021.  On April 8 I got an email saying that the application had been verified by DAR.  It was such a wonderful feeling to know that now Titus Hunter would be officially recognized as a patriot and that many more people could join DAR using my application as a starting point.  All that research will never have to be repeated.

When I got the good news I was so happy that I told everyone I knew.  I put a post on the Hunter Genealogy Facebook page and Charles Hunter suggested that I submit my story for possible use in the newsletter.  I should have warned him that I do not know how to tell a short story, I think it is the Scottish heritage.  So, if this is more information that you need, please feel free to edit as required.  Thank you for this opportunity!