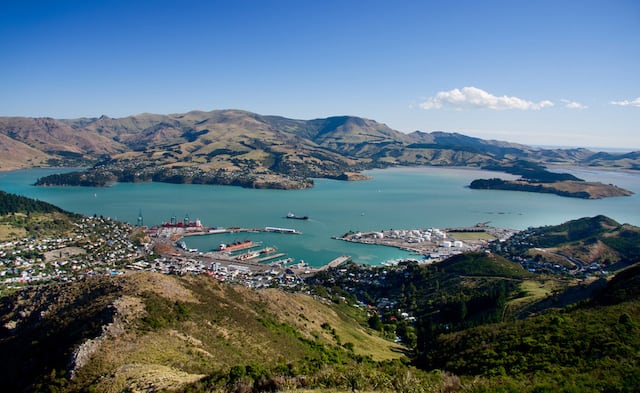 It is a pleasure to welcome my cousin Hugh Hunter-Weston to my blog page!

The last time I was in New Zealand was when my son was 7 years old. He’s now 26 and a second visit is long overdue! The Hunter-Westons live in a beautiful part of the South Island near Christchurch and not far away from amazing chocolate-box-photo views of mountains and lakes.  In this blog, Hugh will link the Hunter-Westons with Hunterston in Scotland.

This week it is a pleasure to welcome my cousin, Hugh Hunter-Weston as our guest blogger.

The Hunter-Weston branch of the Hunter Clan are direct descendants of Lt. Gen. Sir Aylmer Hunter-Weston (1864-1940). Aylmer was the eldest of two brothers born at Hunterston and heir to the Hunterston estate. After making a career in the army, he became a Scottish Unionist MP for North Ayrshire.

Reginald (Reg) the younger brother of Alymer, was born in 1869 and educated at Wellington College. He joined the Seaforth Highlanders after leaving school and served as a subaltern in India for three years. He retired from them on account of ill health and returned to Hunterston, where he fell in love with a cousin. They became engaged, and a house on the Estate was built for them, but were then told that they would not be allowed to marry.

In 1895 he emigrated to New Zealand to gain farming experience. He first worked at Akitio Station, near Wellington, then moved to Ringway Station in Southland, before moving to Gladbrook Station at Middlemarch in Central Otago. In 1899 he purchased Cottesbrook Station across the river from Middlemarch and Gladbrook. He became a Justice of the Peace in 1902.

Whilst at Gladbrook he met Agnes Roberts, (the Roberts family owned Gladbrook) daughter of Sir John and Louisa Roberts and were married in Dunedin on the 9th of August 1899. Sir John was a very prominent businessman in Otago and he was posthumously inducted into the NZ Business Hall of Fame on 9th June 2016.They had three children, Gould, b 1902, Purcell, b 1904 and Peggy, b 1905. Peggy was born at Hunterston. In 1908 he sold Cottersbrook and moved to Highthorne, just out of Timaru. In 1928 he purchased Mt John Station at Lake Tekapo, which his eldest son, Gould, managed and subsequently took over. Gould’s family stayed at Mt John until it was sold to the Defence Department in 1988.

Reg and Agnes continued to live at Highthorne until his death in 1932. Reg was a very keen hunter and made several trips to the Yukon in Canada. There are several of his trophy heads hanging in the South Canterbury Club in Timaru. Peggy accompanied him on several of these hunting trips. Pip, his great grandson, still has several of his old guns and rifles.

After his death, Agnes and Peggy moved back to Dunedin where Peggy spent time looking after her grandfather, Sir John Roberts, and then her mother, Agnes, until her death in 1953. After her mother’s  death, Peggy started up several businesses, among them a laundry for students and a restaurant. She moved to Christchurch in the early 60’s where she continued to look after elderly people and eventually became a matron at St Margaret’s College, a girls boarding school.

Hugh’s father, Gould Hunter-Weston (1902-1971). After attending Waihi School, Christ’s College and Lincoln University, he gained farming experience at Warataha and Mt Possession Stations, managed Mt John then took it over, where he remained until 1969 when he purchased a small block of land  at Cave, inland from Timaru,where he remained until his death in 1971. In 1936 he married Joan Turnbull, daughter of Vera and John Turnbull of Christchurch. They had one son, me, Hugh, born in1938. Gould developed an interest in Merino sheep while working at Warataha Station, and ran a small merino stud at Mt John. He won several awards at both the local and Christchurch A & P Shows. He also pioneered pre lamb shearing in the Mackenzie Country. He learnt to fly at the age of 50 and purchased a Auster aircraft, which he kept on a airstrip which he built. When Alymer died, Gould  was approached to see if he would go back to  Hunterston, but declined the offer on medical advice.

Hugh’s uncle Purcell (1903-1957).  After attending Waihi, Christ’s College and Lincoln University, he purchased a farm at Albury, inland from Timaru, where he farmed for several years. He then moved to Timaru where he managed the Washdyke Linen Flax Factory till it closed down. After that he joined the Ministry of Agriculture as a Horticulture Advisor, until he was hit on the back of his neck by a glider and killed. He married Marie Taylor in 1934. They had one son, Aylmer John and after attending Waitaki Boys High School, John learnt to fly in the Air Force during his Compulsory Military Training. He then joined the Mt Cook Company and was the first pilot employed to fly ski planes at the Hermitage, Mt Cook. In about 1959 he went to Britain to fly topdressing aircraft. In 1963 he was returning to base when he hit some power lines and was killed. In 1960 he married Caroline Butler and they had two daughters, Lucy Jane and Emily Louise.

Hugh’s cousin Aylmer John (1936 – 1963) As a very young man, John Hunter-Weston was fascinated by airplanes. In a proverbial shed at the bottom of their garden, he and his father made model planes which they flew with modest success. After his training in the Air Force, John continued his pilot training with Harry Wigley whose father had set up the Mt Cook company in  the 1920s. Originally a landline company, it later added aircraft to its profile offering tourists package holidays in the lakes and mountains of New Zealand. The company developed ski planes of the Auster aircraft, capable of landing on glaciers and John was the first commercial pilot for this exploit.

Sir Edmund Hillary, leader of the New Zealand Antarctic Expedition and world renowned for his historic climb up Mount Everest, prepared for his expeditions in the mountains of New Zealand. John Hunter-Weston was a fearless and natural ski-plane pilot and was soon flying all of the Hillary expeditions and other commercial tours on the mountains and glaciers of the South Island.

Hugh 1938-   After attending Waihi and Christ’s College, he had a year at home and then spent eighteen months at Inverary and Mt Possession Stations in the Ashburton Gorge area, before coming home to Mt John where he stayed until it was sold in 1988. In 1961, he married Gill Holdgate  from Christchurch. They have three children, Sarra, b 1966, Philip (Pip), b1968 and Felicity, b 1972. In 1988 Mt John was sold to the Defence Department and Gill and Hugh purchased a property on the Hurunui River in North Canterbury. In 1999 this was sold and they moved to Geraldine. They then moved to Ohoka near Rangiora and for the last ten years have been living on Huntsbury Hill in Christchurch.

Sarra Hunter-Weston is currently sailing in Mexico as part of her round the world trip. Sarra will be another of my guest-bloggers very shortly!

Philip’s wife Lucy Hunter-Weston (yes! Another Lucy, but not to be confused with Lucy Jane Massaar Hunter-Weston) also has a very successful business: Watermark photography. A talented photographer: https://www.watermarkphotography.co.nz/

Thank you Hugh for linking the Hunter-Westons to Hunterston. When Corona has buried its ugly head, I shall be heading over to see you all in beautiful New Zealand.

If you have any Hunter (hi)stories, anecdotes, unusual hobbies or jobs that you would like to tell us about, please contact me at ljhunterweston@gmail.com. Who knows – you could be our next guest blogger!