The Battle of Largs retold by Todd Ferguson 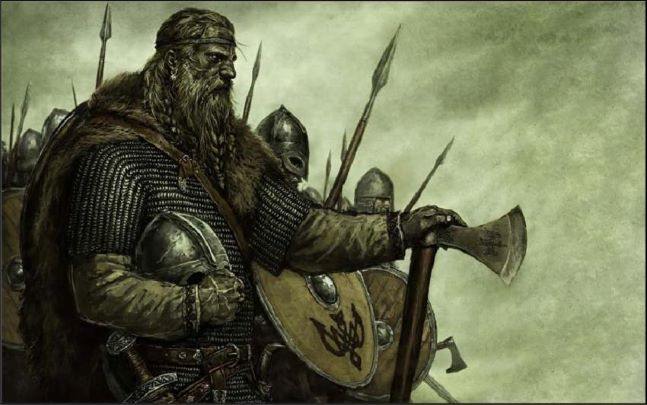 The Battle of Largs retold by Todd Ferguson after research by Glasgow Archaeological Society.

Todd Ferguson is a local councillor for North Ayrshire, Scotland. Born and bred in West Kilbride, Todd takes a huge interest in his hometown, both the past and the present. Next to politics, he is a graduate of archaeology and in this re-telling of the Battle of Largs, Todd uses research by the Glasgow Archaeological Society which adds depth to his nine-part story.

Parts one and two are given here.

Pencil monument to the Battle of Largs. Personal archive.

Some preliminary discussions about the ‘Battle’ of Largs. The following anecdotes are taken from a discussion held at the Glasgow Archaeological Society in 1911.

The event, probably the one with which most people associate with Largs, is undoubtedly those which occurred on a wild and stormy day in October 1263. Affectionately known as the ‘Battle of Largs’ this event is often misunderstood as to the size of the conflict and the resultant outcomes of the Norse associations with Scotland.

Perhaps a good place to start is to acknowledge that the historical accounts of these events cover a huge period of time.

The Norse Saga, called the ‘Hakonar Saga Hakonarsonar’ dates to roughly contemporary timelines and is circa 1265 (although started in spring 1264). It’s author was a historian named Sturla the Lawman (great name by the way). He was the nephew of an eminent Norse historian by the name of Snorri who was responsible for the seminal work called ‘The Heimskringla’ – often regarded as the best known of the Old Norse kings’ sagas – so we can deduce from this that Sturla is probably an accurate and reliable source for the events, that’s a positive.

However, perhaps more troubling is that the first full and detailed accounts recording the events from a truly Scottish perspective are much much later, which is problematic. Andrew Wyntoun was writing of the events about 150 years later, and Walter Bower about 180 years later.

Another often misrepresented fact is that it is sometimes said that the events on that October day 1263 was the final nail in the coffin for the Norse in Scotland and was the end of the affair.

However, Haakon died in Orkney (not Haco’s Tomb on the Haylie Brae as this group is well aware) on his way back to Norway to raise a new force to resume campaigning the following year.

His son Magnus succeeded and it was through negotiation of a financial agreement, reached in the Treaty of Perth in 1266, that the sum of 4,000 marks and a yearly sum of 100 marks was agreed to cede the Hebrides and Isle of Man to Alexander III and the Scottish crown and likewise for them to recognise the Norwegian claims to Orkney and Shetland.

Part Two of ‘Battle of Largs’ taken from original sources.

There is a caveat, as always with sources, and that is to look at the patron of the work. In this case the history of Haakon IV was commissioned by his son Magnus VI. Therefore, one must wonder if Sturla is trying to impress his new king and if any bias is present.

Personally, having read the account in detail it appears to be quite a balanced version of events (an interesting parallel is the event in Skye which were mentioned on a  previous post – the Norse version is in 1262, and seems to be the catalyst for the events of 1263 according to Sturla. It is very different from some of the Scots mythologies claiming that Haakon was the aggressor). 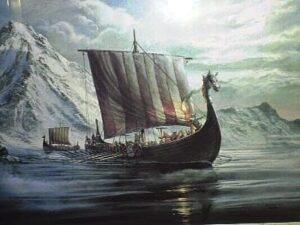 A quick word about the picture, I got it from the public domain online wallpaper website.

Ok, so setting the scene there is an entry of 1262 which claims that the earl of Ross (William I) and Kjarnack Machamal’s son went with a force of Scots to raid in Skye where it is claimed they: ‘…burned farms and churches, and slew a host of men and women. And they said this that the Scots had taken small bairns and spitted them on their spear-points, and shaken them till they fell down on their hands, and cast them dead from off them.’ Gruesome stuff indeed and very different from later Scots mythology of these events (also strange as McLeod of Dunvegan were always proud of their Norse roots and it is evident in Gaelic poetry about the kindreds beginnings).

Tidings of these events were sent by kings in the Isles via letters to Haakon in Bergen and it is claimed this was the catalyst for the gathering of a mighty host to sail to their western isles domains it is said in the saga that the news: ‘…touched him with great care.’

Curious to know more? Read parts three and four in the next blog post!