The Highlands of Scotland – sensational castles 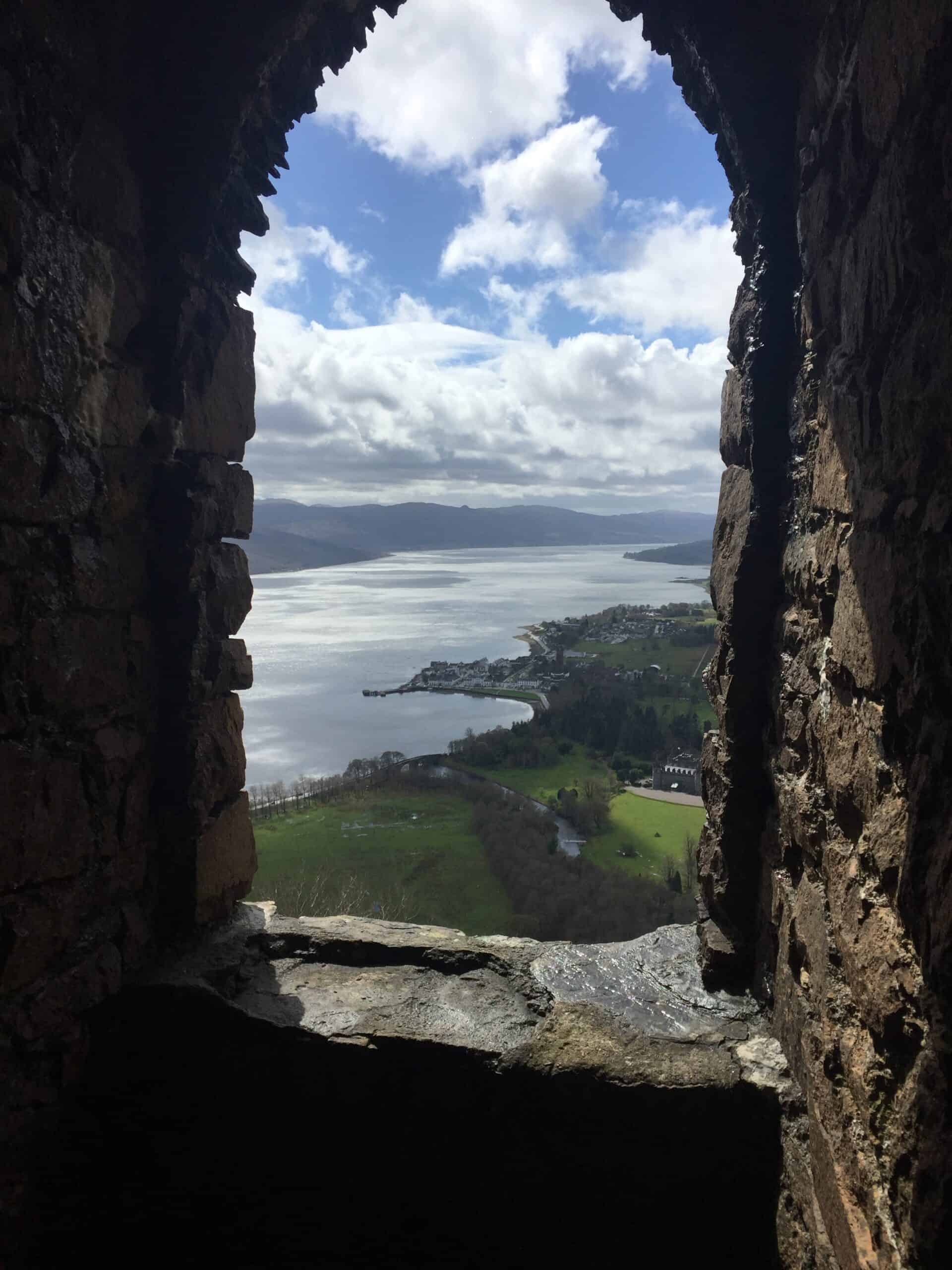 Onward and upward to the Highlands

Captivating Castles, the bastions of our heritage

If I were a medieval brick or block of limestone in an ancient castle wall – the stories I could tell! The gossip, the intrigue, the battles, love and honour, nothing would I leave out. Whatever the story, all castles and fortresses have battled for survivial, some have been successful others less so but together they have formed the history of our nation. 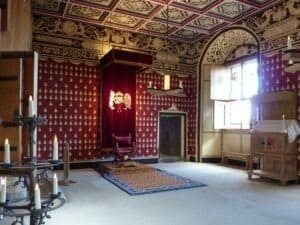 On our way up to the Highlands, I will highlight three castles that have survived and are thriving examples of how enthusiasm and dedication can keep our Scottish heritage alive and well in the 21st century.

Built on volcanic rock, Stirling Castle was residence to the kings of Scotland from the 12th century. It is an imposing and well-preserved castle overlooking the meanders of the river Forth. A breathtaking view. I was delighted with the majesty and elegance of the castle. The town of Stirling houses the Bannock Burn visitors centre: “The Battle of Bannockburn, 24 June 1314, was a significant Scottish victory in the First War of Scottish Independence, and a landmark in Scottish history.” 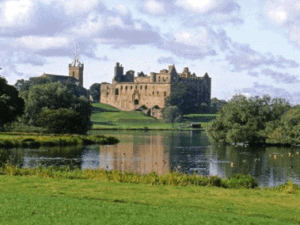 Linlithgow Palace has, in recent years, gained in recognition because of the popular Netflix series Outlander*. In the series it served as Wentworth prison. In reality, Mary Queen of Scots was born here in 1542 and later on, also her half-sister Elizabeth (later Elizabeth I of England) in 1596. Now, sadly, a ruin, Linlithgow still makes an impression, situated in the middle of a lush, green landscape on the edge of Linlithgow Loch. Nowadays, Linlithgow Palace holds jousting tournaments in the summer time as well as guided walks and other seasonal events. Grab the opportunity to stay a while and picnic by the loch.

*(Hunterston House has also featured in the series!).

Interesting: to save on building costs, roofs and interiors of the castles were built with wood. Wood is susceptible to woodworm, dry rot, mould and other natural rotting processes. Without the building techniques that preserve wood today, (and given the Scottish climate!), it would have been very difficult and costly to maintain interior design. And as for keeping a watertight lid on the whole building, well, the costs would have gone through the roof……..! 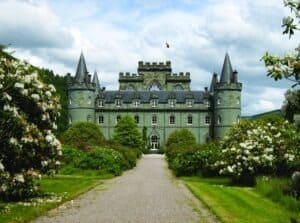 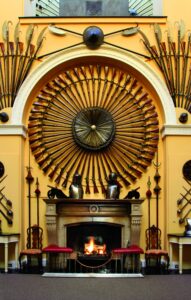 While at Hunterston last year, we visited Inveraray Castle. Situated on the edge of Loch Fyne about 100km (60 miles) from Glasgow, it preserves a quiet majesty. It is the home to the Dukes of Argyll and the seat of Clan Campbell. The Campbells have been close allies to the Kings and Queens of Scotland and England throughout the centuries, looking after their lands and defending their realms.

Driving up there through the glens and along the lochs and reservoirs of Argyll, the kilometres just slipped away. Around each bend is another wonderful view.

Be prepared to spend some time admiring Inveraray Castle (which feels like a home), and wandering through the gardens. Take a walk through their woods and climb up high for a breathtaking panoramic view of Loch Fyne and the castle grounds below. Worth every step! Return to the tea room for a well-deserved (warm) beverage and a slice of homemade cake! 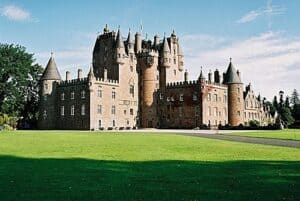 I know I said that I would show you 3 castles, but I can’t resist just mentioning Glamis Castle. Not far from Dundee on the east coast of Scotland, this was the childhood home of Queen Elizabeth, Queen Mother. Elizabeth Bowes-Lyon, as she then was, grew up in a large family of 10 children, her father was the 14th Earl of Strathmore and Kinghorne. She married the then Prince Albert who became George VI after his brother’s abdication. Her eldest daughter is well known to us all, Queen Elizabeth II.

Join me in the next blog about the Highlands of Scotland – the lochs and national parks.

This website uses cookies to improve your experience while you navigate through the website. Out of these cookies, the cookies that are categorized as necessary are stored on your browser as they are essential for the working of basic functionalities of the website. We also use third-party cookies that help us analyze and understand how you use this website. These cookies will be stored in your browser only with your consent. You also have the option to opt-out of these cookies. But opting out of some of these cookies may have an effect on your browsing experience.
Necessary Always Enabled
Necessary cookies are absolutely essential for the website to function properly. This category only includes cookies that ensures basic functionalities and security features of the website. These cookies do not store any personal information.
Non-necessary
Any cookies that may not be particularly necessary for the website to function and is used specifically to collect user personal data via analytics, ads, other embedded contents are termed as non-necessary cookies. It is mandatory to procure user consent prior to running these cookies on your website.
SAVE & ACCEPT