The Highlands of Scotland 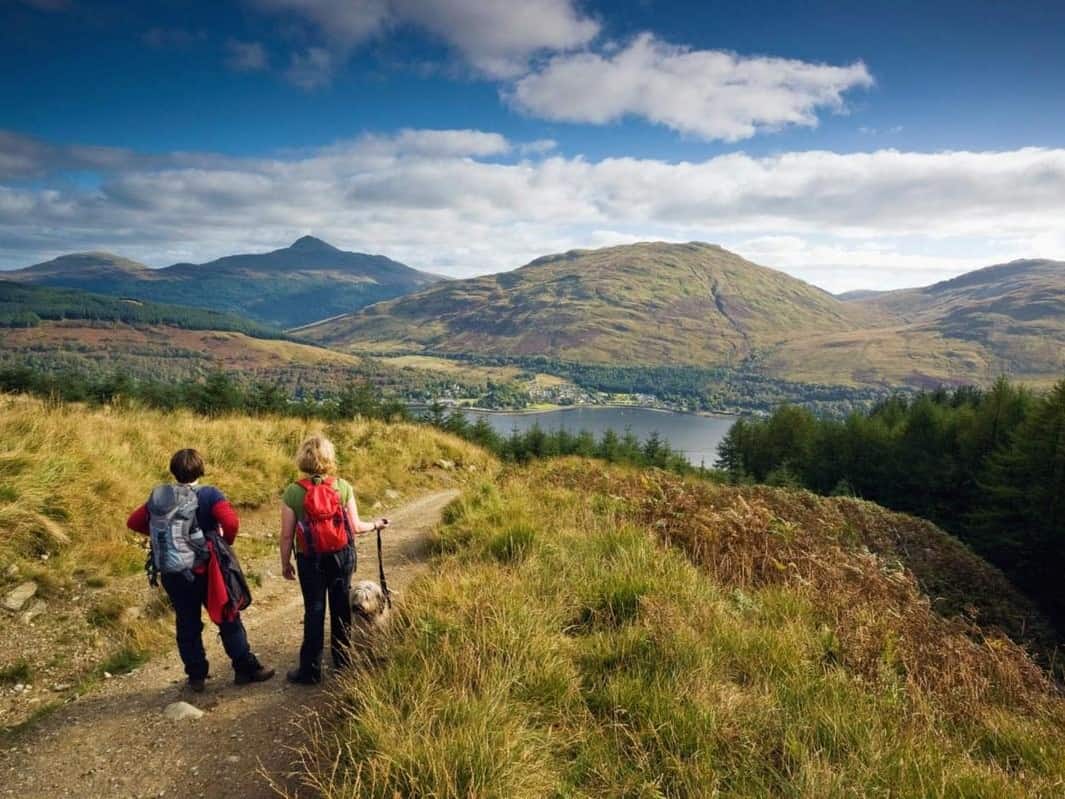 Within easy reach of the Clan Hunter seat.

One tour that I’ve really enjoyed is a trip into the Highlands.

Day tours to the Highlands with Rabbie’s Tours

Leaving the city of Edinburgh behind and heading out into the ‘wilds’ of craggy peaks, rolling green hills and lochs – plenty of lochs – the quiet descends and the splendid views begin. I could land you right in the heart of the Highlands but that would mean missing out on a huge area of natural beauty that paves the way to those craggy peaks. There is so much to see and admire in Scotland, so I shall point out a few places of interest on the way up.

As one of the teachers travelling with our pupils on our Scottish excursions, I always enjoyed getting into the fresh air of the Highlands after the cities and museums. We usually planned our own route before setting out and took our own coach and driver with us, so it’s hard for me to recommend to you a professional Scottish coach tour operator. However, looking through the myriad of coach tours plying their trade on the Internet, one organisation does seem to stand out: Rabbie’s, which has very good reviews.

Rabbie’s offer combo-tours which include sights such as the Kelpies, Stirling Castle, the Falkirk Wheel, Linlithgow as well as Loch Lomond and the Trossachs national park, depending on which tour you decide to take. They also offer private tours for smaller parties giving you the opportunity to customise your trip. 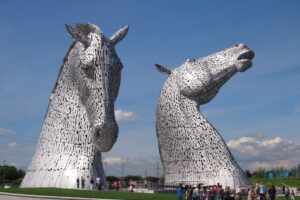 The Kelpies on the way to the Highlands

The first place of interest as you head out of Edinburgh is The Kelpies – a magnificent 30-metre high construction of horses’ heads, rearing up out of the Scottish landscape. They stand beside a canal basin and mark the end of the Firth and Clyde Canal and are visible from the M9 motorway. Why horses? Traditionally, horses were used to pull the barges through the locks (sluice gates) along the towpaths. The Clydesdale was a preferred breed, owing to its strength. The artist is Andy Scott. 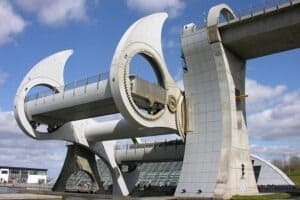 Falkirkwheel – a feat of engineering

Close by the Kelpies is the The Falkirk wheel: bringing art and engineering together to form a practical solution to transporting boats through the locks where two large canals come together: The Union Canal and the Forth and Clyde canal. A ladder of 11 locks (a height of 35 metres) allowed the boats to traverse from one canal to the other. This was arduous and time consuming and as infrastructure improved and more practical modes of transport were used, eventually the locks and bridges fell into decline.

However, in the late 1990s there was a resurgence of interest for tourism on the canals and holidaying in a longboat on the canals became a popular form of recreation. (This is slow holidaying at its best – and is on my list of things to do!). The Falkirk Wheel was opened in May 2002 and it was designed in a joint effort by an architecture/engineering company called RMJM that was led by Tony Kettle 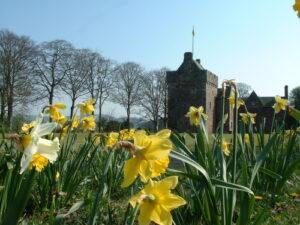 As well as new innovations in Scottish engineering, Scotland is rich with castles and and fortresses many dating from medieval times. Our own Hunterston Castle is a prime example of a well-preserved Pele Tower.

Once strongholds of the many clans, over the centuries these ancient monuments were developed into homes and grand residences for kings and queens and noblemen. Many are still in family ownership today.

In another blogs, we come across some of these castles as we journey on into the Highlands.

This website uses cookies to improve your experience while you navigate through the website. Out of these cookies, the cookies that are categorized as necessary are stored on your browser as they are essential for the working of basic functionalities of the website. We also use third-party cookies that help us analyze and understand how you use this website. These cookies will be stored in your browser only with your consent. You also have the option to opt-out of these cookies. But opting out of some of these cookies may have an effect on your browsing experience.
Necessary Always Enabled
Necessary cookies are absolutely essential for the website to function properly. This category only includes cookies that ensures basic functionalities and security features of the website. These cookies do not store any personal information.
Non-necessary
Any cookies that may not be particularly necessary for the website to function and is used specifically to collect user personal data via analytics, ads, other embedded contents are termed as non-necessary cookies. It is mandatory to procure user consent prior to running these cookies on your website.
SAVE & ACCEPT