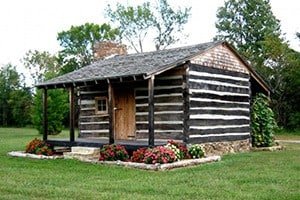 A wealth of information that digs deep into Hunter territory. Early Hunter Family and Church.

On being forwarded the Jacob Hunter Trust’s newsletter (2021) by Madam Pauline, I knew that the information it contained would be of interest to our Clan members! Richard H. Hunter, who is currently the trust’s president, has written a piece on Early Hunter Family and Church which could be of use to those seeking new sources to establish their family trees.

The Jacob Hunter Trust was established in October 1991 in order to restore and maintain the Hunter family cemeteries and to collate and share genealogy information of Major Jacob Hunter (ca 1720). The descendants of Jacob (a Revolutionary War soldier) and his wife, Mary “Polly” Dancer Hunter Lee are prodigious and all can trace their ancestry back to their founding forefather William Hunter. William Hunter, (Jacob’s grandfather) was thought to have been a weaver from Alnwick, Northumberland in the northeast of England. He immigrated to Nansemond County, Virginia in the latter part of the 1600s. (Now North Carolina).

The Jacob Hunter Trust newsletter (January 2021) tells the story of early Hunter settlers and their connection to the church between 1600s – mid 1700s. The church was loyal to the Anglican Church of England and was responsible for spreading the Christian faith throughout the colonies. Supported by the Mother Country, clergymen and vestries were appointed and chapels and churches were built. The tradition of recording births, marriages and deaths within the parishes of the churches means that important ancestral information has survived and Hunter descendants have been able to make use of this.

In 1759 a move to break away from Great Britain was already underway and in 1776 the Declaration of Independence was signed. The break caused the decline of the Anglican Church and Hunter families sought other forms of worship such as the Methodist movement. Many Hunters are still affiliated to the Methodist Church today.

And there is more…….much more! Dr. Raymond E. Hunter has researched and written William Hunter of Nansemond Co. And His Early Descendants (2013), a genealogy reference, and it is a significant source for Hunters throughout the U.S.A. To purchase this book and to read more on early Hunter history visit www.JacobHunterTrust.org

Any cookies that may not be particularly necessary for the website to function and is used specifically to collect user personal data via analytics, ads, other embedded contents are termed as non-necessary cookies. It is mandatory to procure user consent prior to running these cookies on your website.