From New Zealand to Mexico 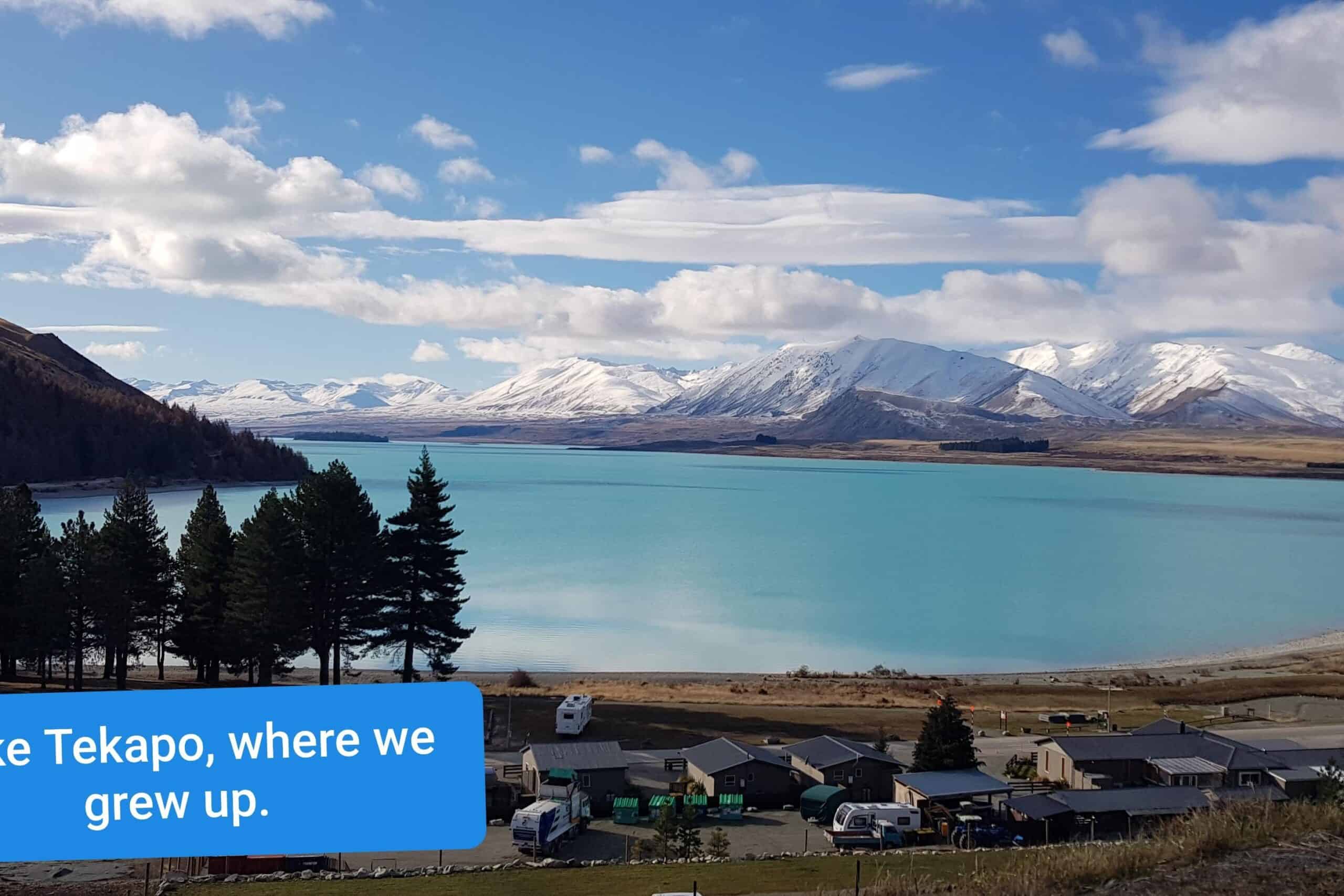 This month my guest blogger is my New Zealand cousin Sarra Hunter-Weston. Sarra’s story is a poignant one of love, estrangement, forgiveness and healing. It makes it all the more remarkable, therefore, that she is willing to share it with us here.

Growing up in New Zealand

It’s hard to know where to begin! Many of you might know, from both my cousin, Lucy, or my Dad, Hugh Hunter-Weston, that I was raised with my brother and sister in New Zealand’s beautiful high country. My Dad is big on nicknames so we were known as Sas, Pip and Fizz!

It was a marvelous childhood of thousands of acres to roam, horses, sheep, cats, dogs, chooks (hens for the non Kiwis!), skiing, jet boating and so much more. We grew up learning skills and resilience without even realising it.

Boarding school was a must, and I didn’t mind too much. I’ve always been a bit of a ‘home is where my hat is’ person, I guess. Having said that I loved getting home to the farm during the holidays.

After school I had a taste of uni, got married, travelled to Europe for a year, then settled back home to raise our two sons. We did visit Hunterston while in the UK and I was the first Hunter-Weston to return since Dad’s grandfather left!

I also joined the Royal New Zealand Naval Reserve, serving first as a seaman and later commissioning to be a navigating officer. I served for nine years.

My husband, Richard, English from origin, left us when the boys were very young still, to live back in the UK. These things happen.

So I essentially raised my boys, Matt and Danny, on my own. We lived on a couple of acres near a small Canterbury town called Darfield, and the boys went to the local High school. They were some of the best years of my life. I treasure every moment and loved every stage of their development. We didn’t have much money but I took them camping, taught them to fish and shoot a rifle and Danny became a proficient archer as well.

They had a wonderful group of friends and were not just brothers, but best mates.

I took the boys to Hunterston for the 900 years gathering. It was a marvelous trip and we all loved it. They certainly identified with their Scottish ancestry more than the English side! I admit to being happy about that!

I also went back to uni to do my nursing degree and passed with flying colours, 11th in the whole country. Not bad for a solo mum, working part time and studying full time. I’ve been a nurse, mostly in operating theatres, for 18 years now. How time flies!

After school, both my boys went to uni and added more wonderful young people to their group of friends. By then, I was living in Christchurch (South Island, New Zealand) and Matt and Danny flatted nearby, so we still saw a lot of each other. They’re a two for one deal, one of Matt’s friends said, and we were always a tight unit. I have been unceasingly proud of them both.

In early 2018 I decided I’d had enough of nursing and wanted to go back to sea. I did a refresher course in Nelson, and then gaily headed off to France to work on superyachts. Many people told me I was too old, but following orders had long been selective for me, and I ignored those negative projections!

It took me just over two weeks to get a job as sole deckhand /nurse on a classic 32m motor yacht. I’d met lots of young sailors who’d been job hunting for months, so I was rather pleased with myself and felt justified in my new life course!

I’ve been working on yachts ever since and have not regretted a moment. I do not miss nursing, though I have kept up my practising certificate.

The only dark cloud of recent times, and it’s the blackest you can imagine, happened in November 2019. My darling and beautiful spirited younger son, Danny, was killed in a car accident. A young girl driving, high on meth, lost control and took him out. Matt and I were both overseas. It’s the worst nightmare a mother can face. The last 11 months have been hard. I can’t get used to the idea of this world without my gorgeous baby. He was the most loving soul.

Matt and I decided to use travel as our coping mechanism. He and his girlfriend, Meg, have been travelling Europe and I’m sailing in the Sea of Cortez, Mexico, with a friend. Its unpaid, but nor does Bernie expect too much of me, and in all honesty, I don’t have much to give anymore. My heart is broken and will take a while to put the pieces back together.

We will get there, make new memories without our wingman. We may not have had any choice about losing Danny, but we can choose how we react, and we choose to make him proud and live enough for the three of us.

Bernie and I recently got two kittens for on the yacht. They make me smile.

If you have a story or an anecdote to tell, or you would like to share information that will be of interest to our Clan Hunter members, please get in touch. ljhunterweston@gmail.com.